With the clock ticking, the Senate responds to the Stealth Regents Agenda Item 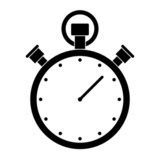 Re: Regents Item on Retiree Health

At its June 28, 2017 meeting, the Academic Council unanimously endorsed the attached letter from the University Committee on Faculty Welfare (UCFW) opposing a proposed Regents item scheduled for discussion in July that would remove the 70% floor for aggregate expenditures on retiree health, and allow placement of a cap on the rate of growth of the maximum UC employer contribution to an individual retiree’s health coverage at 3%.*

The only consultation with the Senate that has occurred about this proposal has been a limited discussion concerning how a 3% cap on per capita growth in the University’s contribution affects the liability calculated under new GASB** rules. UCFW notes that UCOP has not vetted the 70% proposal with the full UCFW membership, its Health Care Task Force, the Task Force on Investments and Retirement (TFIR), or any stakeholder group, and has not responded to UCFW’s request for additional modeling that would allow the Senate to evaluate the effect of the proposed changes on costs for current and future retirees. Likewise, TFIR has been not been able to evaluate the fiscal impact of the proposal on the University.

It is impossible to evaluate the effects of any proposed change in benefits without the requested modeling...

(B)y letting Finance get ahead of Human Resources, both shared governance and the thoughtful management of benefits have been disregarded. The alternative is to engage in a thorough consultative process assessing all options and including all stakeholders: retirees, active employees, the Senate and its Health Care Task Force (which contains some of the nation’s preeminent experts), before making any changes to retiree health benefits.

Thank you for considering the Senate’s views on this matter. Please do not hesitate to contact me if you have any questions or concerns.

---
*The full text of this letter and the attached letter is at:
http://senate.universityofcalifornia.edu/_files/reports/JC-JN-Retiree-Health.pdf.
**GASB = Governmental Accounting Standards Board.
Posted by California Policy Issues at 3:28 PM