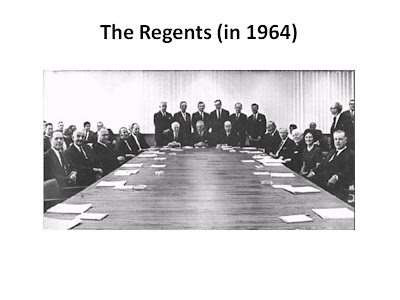 President Yudof's UC budget proposal for 2012-13, scheduled for discussion at the Regents on Nov. 17, is now posted. The key links are

The proposal includes a request for increased “core” funding by 8%. Notably included is a contribution to the UC pension – which the state has not been doing since contributions resumed. There appears to be an arbitrary request for one fourth of the employer contribution ($87.6 million). See the last page of the second link. Why just one fourth is requested is not clear. Since this seems to be public pension year, given the governor’s pension proposals, getting a contribution from the legislature to the pension may be a long shot. There may well be a response that the entire state and local pension issue needs to be studied before something “new” is done for UC. Of course, paying in to the pension is not new; it was routinely done before the contribution holiday.

A press release on the budget proposal is at http://www.universityofcalifornia.edu/news/article/26629

See also this piece in which Yudof promises no midyear tuition increase if the state budget trigger is pulled:

That's nice - but not exactly optimum bargaining strategy. (See prior posts if you don't know what the trigger is and how it affects UC.)