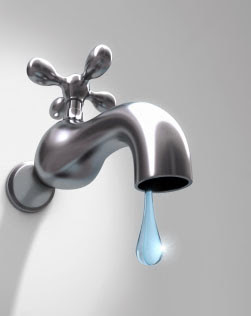 Over the weekend, a group going by the name “Think Long” started leaking plans to put something on the ballot in 2012 that would revamp the California tax system and raise more funding. It is funded by billionaires so getting the signatures (typically at a cost of $1-$2 million) won’t be a problem. Even a big campaign for the votes – tens of millions can be involved especially for TV advertising – can be handled.

Example of the leak/preview from the LA Times:

Joining the battle over California taxes, a group of billionaires and political insiders say they will place a $10-billion tax increase on the November 2012 ballot. The Think Long Committee, which includes Google Chairman Eric Schmidt, former governors Gray Davis and Arnold Schwarzenegger and Los Angeles philanthropist Eli Broad, says its proposal would provide $5 billion more for public schools every year and billions for public universities and local governments...

The group's plan is based on a reshuffling of California's tax system. It would lower the state's personal income and sales tax rates and create a new levy of more than 5% on services that are not currently taxed, such as legal work or accounting…

An earlier news report on this effort indicated that it would modify provisions of Prop 98 which earmarks roughly 40% of the state’s general fund for K-14. If so, there would be strong opposition from the California Teachers Association and other parts of the educational establishment:

…The proposal faces a potential land mine: the state's powerful education lobby. The plan would eliminate a constitutional requirement that the state must repay schools when imposing certain budget cuts. It would also relieve the state of an existing $10 billion obligation to schools.

On the other hand, the Think Long group has apparently gotten some degree labor support. The Sacramento Bee this morning has what appears to be a draft copy of the document the group’s proposal at

Maria Elena Durazo (head of the LA County Federation of Labor) is listed as part of the group although if you go all the way to the last printed page there is a note that she abstained from endorsing the proposal. The group finessed the public pension issue by referencing the governor’s proposal but saying that the governor, legislature, and local officials should work with public sector unions on the problem. Indeed, there is fuzzy language at the end that says that the report is a product of consensus and that not all members of the group endorse each item.

It is notable that no specific language for a proposition is included.

If you have trouble with the Sacramento Bee link to the document above, here is an alternative source:

Open publication - Free publishing - More budget
Meanwhile, keep in mind that there is a long way to go between presenting a ballot idea and "billions for public universities."
Posted by California Policy Issues at 8:04 AM