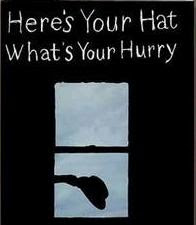 Departing Regent David Crane, a last-minute appointment to the Board of Regents by Governor Schwarzenegger, would have had his last Regents meeting in November, since he could not get legislative confirmation. But the Regents’ meeting was canceled due to a fear of Occupy-type demonstrations. However, Crane has left behind a missive of sorts – a press release on state budget and pension matters in which he a) endorses the pension proposals by Governor Brown and b) wants to take those proposals further.

No reference to the changes already adopted by the Regents for UC is made in the release. No call for exempting UC on the basis of those changes from the one-size-fits-all remedy proposed by the governor. Crane heads an organization called “Govern for California” which put out the release reproduced below.

SAN FRANCISCO - David Crane, President of Govern for California, today issued the following statement on the California Legislative Analyst's report that the state is facing nearly a $13 billion shortfall for fiscal year 2012-13.

"Today the Legislative Analyst's Office reported that state revenues will fall far short of budgeted revenues, virtually assuring that billions in "trigger" cuts enacted as part of the state budget last June will be implemented. If so, those reductions would mark the third cuts this year to higher education and human services and now even impact K-12 education spending.

"State budget cuts have already decimated higher education and human services as well as other state services such as San Francisco's Superior Court system, which in response to the June budget laid off a quarter of its staff, lengthened wait times for trials and boosted costs even for impoverished litigants.

"It doesn't have to be this way. In a special session, Governor Brown and state legislators could immediately adopt the following legislation:

• Enact the mandatory single sales factor corporate tax reform proposed by Governor Brown earlier this year but dedicate revenues from that change to the general fund; and

• Enact the pension reform proposed by Governor Brown but modified to include proposals recently outlined by some pension reform groups to save more money in the short term.

"Together, those provisions would produce desperately needed revenue while ensuring that new revenues go to public services rather than to pension costs. As recently demonstrated by Illinois, which saw billions of new revenues from a tax increase last year go to pension cost increases this year instead of to services, there's little benefit for citizens if taxes are raised without reforming pensions.

"Perhaps there's a better way. But the key point is that the Governor and legislature have the power to make these changes, right now. No initiative ties their hands and none of these actions requires a vote of the people. In other words, our leaders have the power to successfully govern California, right now. All that's required is the courage to act."

An article about this statement is at: http://blogs.sacbee.com/the_state_worker/2011/11/california-pension-reform-david-crane-arnold-schwarzenegger-tax-increase-single-sales-factor-legislative-analyst-office.html

As the song says:

Update: We may get a swan song from Crane :) after all. The Regents have rescheduled for Nov. 28 by teleconference. One of the locations will be at UCLA in the James West Alumni Center. Below is the schedule:

8:30 am Committee on Compensation (closed session)

8:40 am Committee on Health Services (Regents only session)

8:50 am Committee on Finance (Regents only session)

10:30 am Committee on Finance (open session)