It Sure Looks Like the Trigger Is Going to be Pulled 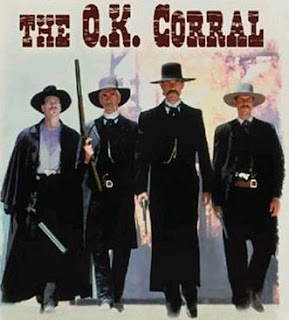 There is an advance report from the Sacramento Bee that the Legislative Analyst later today will be announcing that projections of revenue will fall sufficiently short of assumptions to fire the budget trigger – which further chops the UC budget this year. By itself, just the LAO projection does not fire the trigger but it is part of the mechanism. The LAO report is not yet posted.

California would impose $2 billion in mid-year "trigger" cuts next month, mostly through K-12 school reductions, under a new revenue forecast issued this morning by the nonpartisan Legislative Analyst's Office… The analyst's report is not the sole determinant of whether the state will impose those cuts, but it is one of two tools the Department of Finance must rely upon before deciding whether to slash spending. The finance department will issue its own forecast in December. The Analyst said the state will not receive $3.7 billion of the $4 billion revenue bump that Gov. Jerry Brown and lawmakers optimistically relied upon to help close the budget in June. The enacted budget projected the state would receive $88.5 billion in revenues and transfers; the analyst says it will only get $84.8 billion…

Of course, if the legislature could corral enough votes, it could stop the trigger. Let’s hope everything works out OK:

UPDATE: The LAO report has now been released. You can find it at

What the report basically says - but not in the language below - is that last year 2010-11 the state ran a surplus of about $2.8 billion (which included temporary taxes that are now gone). But that surplus was not enough to reduce the negative reserve in the general fund to zero or get it into positive territory. Cuts in spending were made for the current year and a revenue trigger was included which fires if optimistic revenue assumptions are not met. It looks as if the trigger will fire. The state will run a deficit (revenues and transfers < expenditures) of about $500 million in 2011-12, which makes the general fund reserve that much more negative. Next year - if nothing is done (which won't happen) - the state would have another deficit (revenues and transfers < expenditures) of $9.7 billion.

The task of the legislature starting in January will be to begin making further cuts, apart from what the trigger produces, unless someone comes up with a way of obtaining a substantial increase in revenue beyond what assumed economic group would produce. (Don't even think about what would happen if there were a double-dip recession!)

UC will experience a trigger cut of $100 million this year. Had the Regents meeting not been cancelled, President Yudof would have given the board a budget request to the state that all of this info more or less guarantees would not have been adopted by the legislature. Since the Regents meeting has been postponed, the folks at UCOP might well want to reconsider what to present whenever that meeting is reconvened in the light of the LAO report.