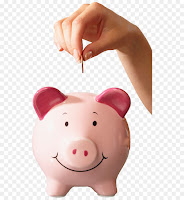 UC, like other public entities in California, offers a variety of voluntary and mandatory retirement saving plans to employees of both the defined benefit and defined contribution variety.

Problems in pension funding for the public defined-benefit pension plans have led to a continuing political drumbeat to abolish such plans, cut them back, etc. Although many of the issues don't apply to UC, it tends to be caught up in general state political trends.

One argument made against public pensions is that many private employees have no retirement plans of any type at all. To deflect such criticism, the legislature has created a new state retirement program for almost all private employees. It will soon begin on a voluntary basis and later become a mandate. You can read about it in the item below. Basically, the plan simply will require private employers without their own plans to join the state system. But the plan is employee-funded and employers are not responsible for results, administrative costs, etc. Individual employees default into the plan but can opt out at any time.

Whether the new plan will have the intended political effect - including on UCRS - is, of course, unknown at this early date.

From the Sacramento Bee: A new state-sponsored savings plan let Lorenzo Harris offer his workers something he’s long wanted to give them: A way to sock away money for retirement.

“This program will help us compete in the marketplace,” said Harris, who has led Janico Building Services of North Highlands for the past 33 years.

His company is the first in the state to enroll in CalSavers, a program that will become mandatory over the next few years for private-sector businesses that are not already offering their own retirement savings plans.

Harris embraced CalSavers by signing up for its testing phase. Over the next six months, his is one of the companies that will help the state work out flaws as it prepares for a wider launch on July 1, 2019. CalSavers is recruiting more companies for the pilot phase.

When it’s fully running, CalSavers will automatically deduct 5 percent of wages from worker paychecks to build long-term savings accounts for them. Workers’ keep the savings when they change jobs...