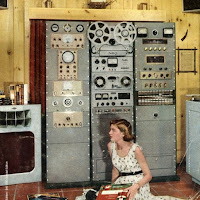 We are going to take advantage of the summary in the Daily Bruin of the various Regents' committees that met on Wednesday, Nov. 14, 2018:

The governing board of the University of California met for the second day of its November meeting at UC San Francisco on Wednesday (Nov. 14). The Board of Regents discussed veteran services, food insecurity programs and the outcomes of the 2018 midterm elections.

Students urged the UC to approve the creation of the basic needs special committee in order to ensure the success of students from various socioeconomic backgrounds. A second-year student from UC Santa Cruz cited a survey that showed that 5 percent of students in the UC system during 2016 have experienced homelessness, which translates to about 10,500 students. He added that 44 percent of undergraduate and 26 percent of graduate students have experienced food insecurity.

A number of students representing California Public Interest Research Group commended the student voter turnout across the UC, while suggesting that the UC aim to improve voter turnout even more for the 2020 election. A student from UC Berkeley said the California youth voter turnout is up to 31 percent. Students also urged the regents to invest in further funding for students in the Deferred Action for Childhood Arrivals program, specifically for mental health and legal services.

Members of the American Federation of State, County and Municipal Employees, which represents more than 25,000 service workers and patient care technicians in the UC system, made up the majority of the public comment section. Many voiced frustrations with the UC over outsourcing and inequality, issues which prompted UC-wide strikes in May and October. The section ended with the members chanting, “If we don’t get it, shut it down,” and, “UC, UC, you can’t hide. We can see your greedy side.” They were met by a line of police officers, who counted down the minutes the members had until arrest. The group dispersed 30 seconds before arrest. Most students who spoke during the public comment section addressed AFSCME’s strike in October, saying they stood in solidarity with the union, and repeated the union’s mantra, “Enough is enough.”

There was also a routine Compliance and Audit Committee session.
Audio at:
https://archive.org/details/0BoardEdit11142018/0-Compliance+and+Audit+Committee-edit+11-14-2018am.wma

The committee examined the results of the 2018 midterm elections, its potential impacts on the UC and the future of the new Congress. According to Associate Vice Presidents Kieran Flaherty and Chris Harrington’s presentation, the elections led to new ex officio regents and the election of several UC alumni. They added that the shift in partisan control of the House of Representatives from Republican to Democrat may lead to more executive orders and create a divided government, which could lead to a gridlock.

Edward Huang, student advisor to the Regents, emphasized that future food security programs should make it convenient for students to take advantage of the programs. He added that students often feel a mental burden in addition to the financial burden of obtaining food, as they do not always have time to cook.


(There was also a routine meeting of the National Labs subcommittee in this session.)

The regents provided an update on UCPath, citing its successful deployment in September at UCLA and UC Santa Barbara. However, they acknowledged that students were having issues with the new system, as about 150 students at UCLA had difficulty receiving payments, and that improvements to the system still need to be made. They added they will work on identifying the problems with the system after restoring students’ pay.

The committee also provided an overview of the 2019-2020 budget, which sets aside $60 million for degree attainment and student success, and $15 million for basic student needs.

The committee passed a motion to create a special committee on basic needs, which will focus on making sure students have access to nutritious food, stable housing and financial support. Approval would establish the special committee for two years.