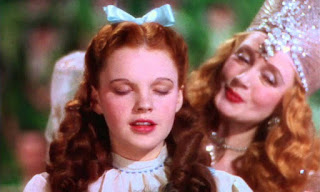 Our prior post referred to the supposed benefits of good PR for Harvard. The idea is not confined to that institution:

UC President Janet Napolitano is spending more than a $1 million to retool her office staff after stinging criticism last year from Sacramento lawmakers over their handling of a state audit.

The first step was to bring in Huron Consulting Group on a $735,000 contract to give the office a once-over.

Based on recommendations from Huron, Napolitano has just hired a veteran communications and public relations expert — Claire Holmes — to a revived post as the $360,000-a-year senior vice president of external relations and communications.

It’s a nice salary but less than the $374,625 that Dan Dooley (husband of Gov. Jerry Brown’s chief of staff, Dianna Dooley) made before the position was eliminated in 2014.

Napolitano has faced some rough going since an independent investigation found her office interfered with a state audit of its spending habits, findings that contributed to the departure of two of her trusted aides.

That prompted Napolitano to hire Huron to re-evaluate her operation. Now, based on firm’s recommendation, the heads of the communications and external affairs units will report to Holmes, who in turn will report to Napolitano.

Be she ever so humble...