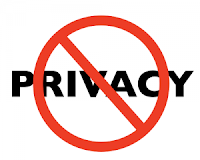 From the NY Times:


Dennis J. Ventry Jr., a law professor at the University of California, Davis, drew the ire of tax preparation companies like Intuit and H&R Block this summer by criticizing a deal they have to provide a free tax filing service through the Internal Revenue Service.
The companies promptly hit back with a tactic that corporations, lobbyists and interest groups are increasingly using against academic researchers: Their trade coalition filed a public records request with the university in July seeking everything Mr. Ventry had written or said about the companies this year, including emails, text messages, voice mail messages and hand-jotted notes.
The university estimated that it spent 80 to 100 hours complying with the request, filed under the California Public Records Act, which requires employees of any state agency or institution to produce, upon request from any member of the public, any record that relates to “the conduct of the public’s business” that is “prepared, owned, used or retained” by the university.
The request generated 1,189 pages of documents, university officials said. And it was just one example of how both state-level public records laws and the federal Freedom of Information Act, written to ensure transparency and accountability in government, have morphed into potent weapons in legal and business disputes, raising questions about the chilling effects — and costs — they impose on targets who are doing research in controversial or sensitive fields...

Full story at https://www.nytimes.com/2018/11/05/us/politics/freedom-of-information-requests.html
Posted by California Policy Issues at 8:48 AM