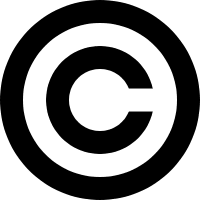 Although the article below refers to "ripping" clips from films for use in documentaries, it provides some comfort for faculty - such as yours truly - who use such clips in class to illustrate particular points.

Ripping of protected videos will be allowed for all films, not just documentaries, if the clip has biographical or historic significance.

The DMCA criminalizes the hacking of copyrighted books, movies, video games and computer software. But every three years the Copyright Office updates a list of exemptions for legitimate non-infringing uses, such as “jailbreaking” an iPhone to add third-party software.

“This is huge for the independent film industry,” said Michael Donaldson, an attorney who argued for expanding the exemption before the Copyright Office, in a written statement. “The use of fair use material by narrative filmmakers has exponentially increased to the point where expanding the exemption to fiction films was absolutely necessary.”

Donaldson + Callif partner Chris Perez said Wednesday that the firm has been working on broadening the exemption since 2012. They were helped by a boom in dramatic films that use actors to tell a true story, such as the 2014 Cesar Chavez biopic. Many such films have been adding short, historical video clips to underscore the truth of the narrative.

“It’s been a long time coming,” Perez said. During previous attempts to expand the exemption, “we just didn’t have as many stories to tell the Copyright Office.”

Donaldson + Callif handles a range of transactions for filmmakers and production companies, including IP rights clearances. They teamed with professor Jack Lerner, director of the Intellectual Property, Arts and Technology Clinic at UC-Irvine, in their presentation to the Copyright Office.

The new rule shifts the emphasis from the type of film to the purpose of the clip. Only clips used for parody or their “biographical or historically significant nature” are entitled to the exemption. The exemption is premised on the fair use defense to copyright infringement.

Perez said limiting the exemption to documentaries was problematic in part because there’s no universally agreed-upon definition of what a documentary is. The new rule is “not perfect in our eyes,” he said, “but it covers a lot more filmmakers than it did before.”

Note: Any legal experts are invited to comment on the relevance to classroom/educational usage.
Posted by California Policy Issues at 9:14 AM

Email ThisBlogThis!Share to TwitterShare to FacebookShare to Pinterest
Labels: copyright