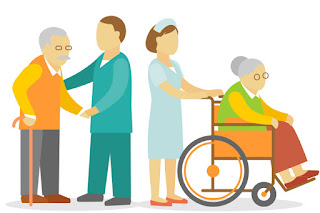 Although UC is not part of the CALPERS retirement system, as state employees, UC employees some time ago were offered the chance to by long-term care insurance from CALPERS. But then they, like other participants in the insurance, were hit by very large premium hikes. Some dropped the insurance or accepted lower-grade policies.

Not surprisingly, litigation arose out this episode. Below is a report on the status of that litigation:

The State Worker of Sacramento Bee

A class-action lawsuit that could cost CalPERS $1 billion is headed to trial in June, and many of the 122,000 retirees who bought an insurance plan at the center of the case are receiving small checks from an agreement that settled a portion of the claims.

A Los Angeles County Superior Court judge on Friday set a date for the main trial, known as Sanchez. vs. CalPERS. The three- to four-week trial is scheduled to begin on June 10.

Michael Bidart, the attorney representing CalPERS members who allege the pension fund carried out a contract-breaking rate hike on their long-term health care plans five years ago, anticipates that the trial will go forward as scheduled.

He estimated the plaintiffs could receive as much as $1 billion in damages from the case. “There are just so many people,” he said.

The California Public Employees’ Retirement System, meanwhile, has asked a state appeals court to decertify the class of plaintiffs in the lawsuit, which would greatly limit its financial exposure.

CalPERS says in its petition to the 2nd District Court of Appeal that winning the case would actually harm people who bought the plan because the pension fund would be compelled to more than double the rates it charges for long-term care insurance.

“There is no source of funds to pay a judgment other than the long-term care fund itself. Should the fund come up short because of a judgment, we would have to raise rates significantly,” CalPERS spokesman Wayne Davis said.

The lawsuit stems from a series of rate increases that CalPERS adopted for long-term care insurance beginning in 2013, peaking with an 85 percent rate hike in 2015. CalPERS says in its most recent appeal that it would raise rates on the plan by 124 percent if it loses the lawsuit. Bidart contends that the structure of the rate increases breached the contracts people signed when they bought the policies beginning in 2003.

Those agreements included assurances that rate hikes would be spread among those who bought long-term care insurance, and that people who bought inflation protection policies would not see their rates increase because of expanded benefits, according to court documents. Bidart criticized CalPERS’ argument that winning the case would harm plaintiffs in the lawsuit.

“When they make that argument, it takes your breath away,” he said. “Your defense is you can do whatever you want, you can create harm, that the harm you create is so great that you cannot carry on your program without sticking it to the people you stuck it to once.”

In July, people who bought the long-term health insurance plan began receiving checks worth about $80. The money came from a settlement that CalPERS consultant Towers Watson reached in late 2017. The settlement separated the firm from the case, but did not resolve the bigger claims against CalPERS. About 20,000 people had not cashed their checks by September, according to an update Bidart’s team posted to a website it created for the case, calpersclassactionlawsuit.com.

Source: https://www.sacbee.com/news/politics-government/the-state-worker/article221047010.html
Posted by California Policy Issues at 9:36 AM