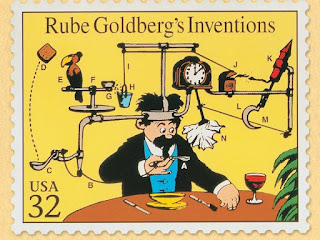 From the Daily Bruin's editors:


Step one for creating a payroll system: make sure it works. That’s where we seemed to have lost the University of California. After four years of delays and mishaps, you would be forgiven for thinking the worst was over for the UC Payroll, Academic Personnel, Timekeeping and Human Resources. The University has touted UCPath for years as an efficient, centralized payment system that could greatly reduce spending.

But seven years after its initiative began, the University outdid itself: UCPath jeopardized hundreds of students’ and workers’ livelihoods by failing to pay them for almost two months.

The UC’s game of payroll limbo follows a history of botchery. In 2015, just four years after the project began, the UC announced delays to the system’s launch would cause an increase in initial costs by $45 million. The state released an audit in August of 2017 claiming the implementation of UCPath would cost $942 million, rather than the UC’s estimated $504 million. And before system rollout at UCLA in December 2017, the University announced another delay to allow for more testing.

The testing didn’t seem to help much. Two months after UCPath finally launched in Westwood, a number of UCLA employees – including teaching assistants, graders and tutors – reported missing or incorrect payments. This ought to be the final straw for the University’s mishandling of UCPath. While previous mishaps in the implementation of UCPath were localized to just straining the UC’s budget, the latest error has directly impacted the lives of students and workers...

Full editorial at http://dailybruin.com/2018/11/18/editorial-ucpath-needs-to-pave-a-smoother-road-for-university-employees/
Posted by California Policy Issues at 8:12 AM