Can the pension promise be broken? Brown's parting gift 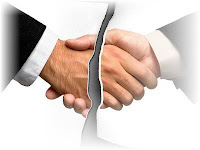 As he requested, Gov. Brown will get a chance before leaving office to defend a public employee union challenge to his pension reform that some think could result in a ruling allowing pension cuts.

The state Supreme Court yesterday announced oral arguments scheduled Dec. 5 in Los Angeles on a firefighter appeal to allow employees to continue boosting their pensions by purchasing up to five years of “airtime,” credit for years in which they did no work.

If the court finds airtime is a vested right, the court could modify the “California rule” that prevents cuts in the pensions of current workers, limiting most cost-cutting reforms to new unvested hires, which can take decades to yield significant savings.

The airtime case, Cal Fire Local 2881 vs. CalPERS, one of five similar challenges to the pension reform, was fully briefed last January. Brown’s legal office replaced the state attorney general in the defense of the airtime ban...

Although UC's pension has no "airtime" component, the more general issue being raised in this court case could potentially affect UC. As we have noted in past posts, the pension issue is not really of concern for current retirees. Rather, it should be seen as a concern to current employees who are partially being paid with pension promises.
Posted by California Policy Issues at 7:25 AM