Things to Come May Be Here 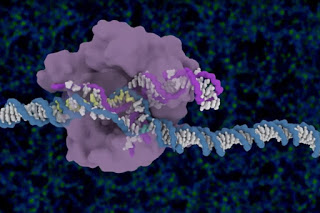 From time to time, this blog has carried stories about the litigation involving UC and UC-Berkeley in the US and abroad on patent rights to CRISPR, a gene-editing technique, most recently on Oct. 31.*

It appears that the recent flurry of stories about an alleged use of gene editing in China to produce "designer babies" involves CRISPR. From NPR:


For the first time, a scientist claims to have used a powerful new gene-editing technique to create genetically modified human babies. The scientist, He Jiankui of the Southern University of Science and Technology in Shenzhen, China, says he used human embryos modified with the gene-editing technique CRISPR to create twin girls.
"Two beautiful little Chinese girls name Lulu and Nana came crying into the world as healthy as any other babies a few weeks ago," He says in a video posted online. "The babies are home now with their mom Grace and their dad Mark."
He says his team performed "gene surgery" on embryos created from their parents' sperm and eggs to protect the children from the human immunodeficiency virus, HIV, which causes AIDS. The children's father is HIV-positive... Because the research has not yet been published in a scientific journal or carefully vetted by other scientists, many researchers and bioethicists remain cautious about the claim...
Full story at https://www.npr.org/sections/health-shots/2018/11/26/670752865/chinese-scientist-says-hes-first-to-genetically-edit-babies
===
*http://uclafacultyassociation.blogspot.com/2018/10/patent-awarded-for-dna-targeting.html
Posted by California Policy Issues at 4:33 AM