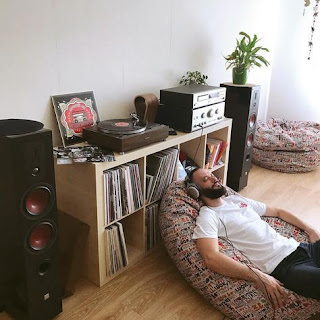 We'll jump ahead in our coverage of the Regents this past week to the final board meeting of Nov. 15. At public comments, such topics were raised as sexual assault, DACA students, fossil fuels, union issues such as outsourcing, and air quality.

Below is a summary from the LA Times. Links to the audio recording are below the summary.

University of California regents on Thursday approved a $9.3-billion budget that will add 2,500 more California undergraduates and increase support for struggling students without raising tuition in the next academic year.

The spending plan marks the first step in a four-year blueprint to boost enrollment, improve student success and reinvest in faculty and research. UC leaders say their hope is to reignite the “California Dream” for the next generation.

Regents, who ended a two-day meeting in San Francisco on Thursday, are hopeful that the political and financial uncertainties of the last several years are behind them, giving them breathing room to reimagine the future of the nation’s preeminent public research university system.

The efforts mark “an important shift in how we talk about what it is that we do, why it’s important to the state and why it deserves to be funded,” said Regent John A. Pérez.

UC has laid out a long-term goal of producing 200,000 more bachelor’s degrees by 2030, which would help close the state’s projected shortfall by that year of 1.1 million college graduates

UCLA and UC Berkeley have just about reached their on-campus capacity, enrolling between 40,000 and 45,000 students each. Other campuses — particularly UC Merced and UC Riverside — have more capacity to grow, but it will take more investments in housing, classrooms, labs and offices, according to a briefing paper from UC President Janet Napolitano’s office.

In addition to enrolling more students, officials say, UC must step up efforts to help them graduate. About two-thirds of students graduate within four years; the hope is to get that to 76% by 2030. Overall, nine of 10 UC students eventually graduate.

Getting students through more quickly will help them launch their careers earlier and will open up room on campuses for others. UC graduates earn $260,000 more during the first 10 years after graduation than undergraduates who drop out, the briefing paper says.

UC plans to lobby for legislation to allow low-income students to use Cal Grants for summer courses, which would help them graduate sooner.

UC’s budget plan requests $277.6 million in additional state funding — including $63.8 million to avoid increases in tuition and student fees. Officials also are asking for $100 million in one-time funding to repair aging facilities. The university expects to raise $106 million more in tuition revenue from expanded enrollment and higher fees on nonresident students, and $70.4 million more from investments, philanthropy and cost savings, than it did in the current year budget.

Some regents pushed for more funding after chancellors from UC Davis and UC Berkeley described their pressing need to repair leaking roofs, update electrical systems and retrofit aging buildings that could collapse in an earthquake.

Regent Sherry Lansing urged UC to pursue a statewide construction bond to raise money for seismic retrofitting. “I get very, very scared about endangering the students and structures,” she said.

Napolitano said her staff could add as much as $7.5 million for such basic needs to the budget, which regents will review in January after Gov.-elect Gavin Newsom releases his first spending plan.

Regents also approved a proposal by Graves and board Chairman George Kieffer to form a special regents’ committee on basic needs. The committee will spend two years visiting campuses and examining how the university can better support students.

Alternately, go directly to:
https://archive.org/details/3Board111518edit
Posted by California Policy Issues at 5:40 AM