The UC Budget in the May Revise: Allusion Leads to Illusion 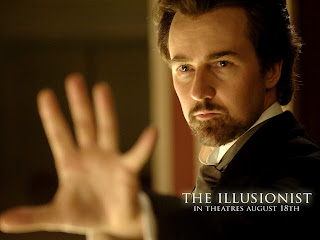 The Legislative Analyst has released a summary of its recommendations regarding UC and CSU reflecting the governor’s May Revise budget proposal.  Below, in italics are excerpts related to pension funding for UC.

As noted in prior blog posts, in January, the governor designated a sum of $90 million which he said could be used (or not) for UC pension funding.  The problem with that approach is that UC has always been free to allocate what it gets from the state for the pension.  By alluding to use for the pension, the governor triggered a recommendation from the Leg Analyst that since the $90 million exceeded pension contributions, it should be trimmed to equal them.

Given past cutbacks, however, $90 million could just as well be seen as a general allocation, unrelated to the pension.  So cutting it back to match the pension was as arbitrary as the governor’s allusion to the pension.

In the May Revise, the governor cut the $90 million down to $52 million which now falls short of the pension contribution. So now the Leg Analyst says to raise it to the contribution.  It’s not clear whether this give and take should be considered the result of pension allusion (by the governor) or pension illusion (the latter being the notion that the state is somehow taking responsibility for the UC pension, as it once did).  In any case, excerpts from the Leg Analyst are below in italics:

January Proposal. ... For UC, the Governor … proposed to forgo any future adjustments for retirement costs. For 2012-13, however, the Governor proposed a $90 million base augmentation for UC which the administration suggested “could” be used for retirement contributions. Yet, the administration emphasized that this funding was not being proposed specifically to fund UC’s pension costs.

Revised Amount Proposed for UC’s Pension Costs Still Arbitrary. In addition, we find that the Governor’s May Revision proposal for a $52 million increase for UC is just as arbitrary as the $90 million increase he had proposed in January. We continue to encourage the Legislature to link any state funding for UC’s pension costs to actual costs. In January, we were provided with information from UC that indicated that its additional costs for pensions in 2012-13 for state General Fund and tuition-funded employees would be about $78 million. (Specifically, $36 million is related to the General Fund and $41.5 million related to tuition.)
=====
…(W)e recommend that the Legislature only provide UC with an augmentation for its pension costs that is based on actual cost data provided by the university.

There is discussion in the document to which the link above applies about efforts by the governor to move both UC and CSU away from a “workload” methodology for calculating their budget needs to some kind of fixed dollar allocation system in future years.  Certainly, there are issues related to that concept but each year a new budget is ultimately adopted.  Thus, whatever might be said about future years is not binding.  It’s not clear, however, in an era of arbitrary cutbacks, what workload methodology means.  The drivers of workload budgets are enrollments and costs.  When the state doesn’t pony up for the workload total, tuition goes up and/or services are cut.  Seems like there is illusion regarding general funding as well as pension funding.
Posted by California Policy Issues at 10:27 AM