T'was Not to Be: Part 2 for Memorial Day 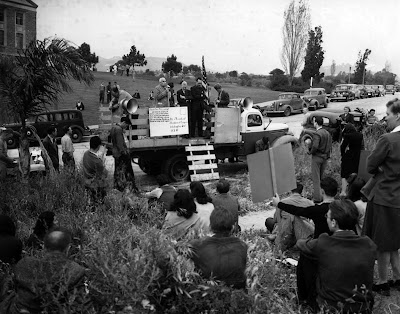 Yesterday’s posting included a photo of a peace rally at UCLA in 1937 under the heading “T’was not to be.”.  Above is another photo of such a rally, this one taken in April 1941, a few months before the official U.S. entry into World War II.  By that time, the War – which began in 1939 - was raging in Europe.  As we have done on other holidays, below are links to an item you might find of interest on Memorial Day.  It is a one-hour compilation of World War II radio broadcasts broken into 4 parts due to YouTube’s 15-minute duration limit.