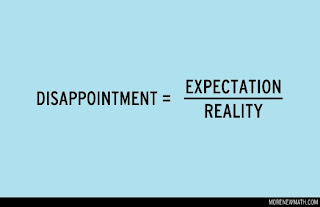 The state controller's cash report for the fiscal year through April is now out.  Despite the blip in tax receipts in April due to the seasonal impact of the  income tax, revenues are down by over $3 billion compared to what the governor had forecast in January.  Compared to what the budget enacted last June for 2011-12 had projected, we are down over $5 billion.

How all of this will play out with regard to the governor's tax initiative in November is unclear.  The kind of cash problems that led to IOUs in 2009 are unlikely to repeat.  Thanks to cash in state funds other than the general fund, the controller seems to have substantial room for internal borrowing.  If you look at the footnotes in his April report, you will even see some evidence of the borrowing the state has managed to do from UC.

The controller's April report is at:
http://sco.ca.gov/Files-ARD/CASH/fy1112_apr.pdf

Perhaps disappointment was inevitable, given the propensity toward optimistic recent budget forecasts:
Not everyone at the legislature was disappointed: First-term Democratic lawmaker Luis Alejo of Watsonville surprised his girlfriend during Monday's floor session when he took the microphone and proposed as his Assembly colleagues looked on.  Karina Cervantez, a 32-year-old doctoral candidate in social psychology at UC Santa Cruz, said she thought Alejo had invited her to be his guest to celebrate their 7th dating anniversary. Lawmakers roared their approval after she said yes and shouted "Si se puede," or "Yes we can," in keeping with the spirit of an earlier of Cinco de Mayo recognition...


Showing off her diamond ring later, Cervantez said she was "still shocked."
[But probably not shocked about tax receipts.]
Full story at http://www.fresnobee.com/2012/05/07/2828844/calif-lawmaker-proposes-to-girlfriend.html