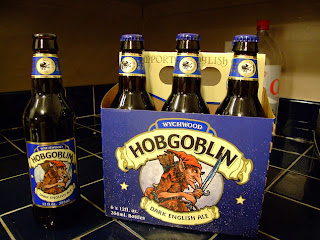 Yours truly is not exactly sure what a hobgoblin is, except that consistency was said by Emerson to be the hobgoblin of small minds.

As readers of this blog will know, the Regents and UCOP have been effusively praising the governor for somehow committing to funding the UC pension system fully, even though all he has done is said that UC could use some of its state allocation for the pension (which was always the case).  Absent some larger understanding between UC and the powers-that-be in the state on funding UC operations generally as well as the pension, such statements don't mean much.  To be meaningful, there would need to be a deal that includes a long-term formula/agreement on UC funding for operations plus full funding for the pension on top.

When it comes to the governor's attitude toward funding CalPERS (which handles the CSU pension), one doesn't find consistency - which I suppose demonstrates a large mind. Calpensions.com reports that the governor is annoyed because the CalPERS board did not choose to bill the state for what it would deem full funding and instead raised the bill for the coming year by a lesser, phased-in amount. See: http://calpensions.com/2012/05/17/calpers-ignores-brown-delays-pension-payment/  (Apparently, public sector unions prefer the phase in so that there will be less immediate pressure on the state budget and thus less immediate pressure on them for concessions.)

The calpensions.com article closes with this: "Your vote today to institute a phase-in period reinforces the same practice of prior years — to not pay our pension bills when due,” Brown told the board.  In closing his brief letter, the governor said: “Given the outlook for long-term investment performance, the system may well choose to lower its return assumption again in the near term. Whether CalPERS implements a phase in or not, it is my intent that the state fully pay for the change in investment return assumption this year.”


Such gubernatorial commitment to real full funding for the UC pension would be appreciated - and consistent. Time to decide on a consistent policy on pensions, governor?