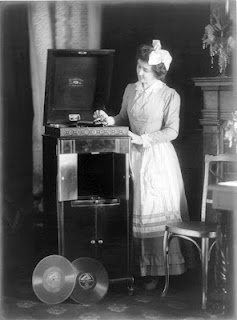 The Regents Committee on Compliance and Audit met on February 28, 2012 ahead of the March meeting.  When the Faculty Association requested a copy of the audio for this meeting, as it now always does, it turned out that the meeting had been taped (analog-recorded) rather than recorded digitally.  Thus, the Regents’ office sent the analog recording out for conversion to digital format.  There were then other delays which account for why only now are we able to post the audio.  It remains unclear why the audio of meetings of the Regents, which are streamed live, cannot simply be posted as an archive on the Regents website.  However, as long as that simple step is not being taken, the Faculty Association will continue to post the audios as received.

Below is the agenda of the Feb. 28 session followed by a link to play the recording.  The Committee did not take up the tenth item although it was on the agenda.  Since there was no quorum, no actions (votes) were taken – just discussions.  Concern was expressed over a plan to consolidate audits for medical centers with others.  There was a review of ongoing efforts to create single systems for payroll and IT services.  Discussion about privacy protections for med centers noted in particular UCLA’s problems in the past with inappropriate access to celebrity medical records.  There was also general discussion about conflict of interest reporting with an observation that the more that is spent on training for such matters as conflict of interest, the less money there is for core academic functions.

The audio (about 90 minutes) can be heard at:
Posted by California Policy Issues at 2:26 PM


did you comment on the captive insurance discussion from the May meeting?
many thanks for posting the audio.

also, on this post you have of other audio: http://uclafacultyassociation.blogspot.com/2012/05/listen-to-audio-of-regents-5-16-12.html

at the 84:00 mark on F4 could you explain the exchange b/ween Gould and Taylor about General Credit of Regents pledge and Prop 13 Gen Ob credits pledge and the if it would be possible "huge savings above and beyond what we have now" etc claims- do you have any thoughts on that exchange? a truth o meter fact check or something on that exchange?