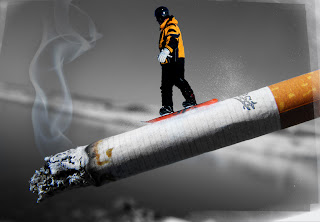 The USC-LA Times poll is reporting that the initiative that would raise tobacco taxes with the funds earmarked for cancer research is supported by 62% of voters.

Since the funds raised by the tax would not go into the general fund, there is no direct benefit for UC (except perhaps for future UC cancer researchers).  However, a defeat of this tax, especially since it affects only the minority of Californians and voters who smoke, would be taken as a symptom of an anti-tax mood of voters more generally.

Obviously, the tobacco industry opposes the initiative and is spending a lot of money on TV ads in opposition.  However, apart from that campaign, there has been opposition to the tax as one more example of ballot-box budgeting on the part of some editorial writers and columnists.

The poll results can be found at:
http://latimesblogs.latimes.com/california-politics/2012/05/lance-armstrong-term-limits-tobacco-tax-proposition-28-proposition-29-usc-dornsife-poll.html


Shall we have a cigarette while we wait for the vote?


UPDATE: The PPIC poll shows much narrower support for the tobacco tax - 53% - and that the support is dropping with the TV blitz against it.  See:
http://www.ppic.org/content/pubs/survey/S_512MBS.pdf

The Field poll shows only 50% support for the tobacco tax:
http://www.field.com/fieldpollonline/subscribers/Rls2409.pdf
Posted by California Policy Issues at 5:08 PM