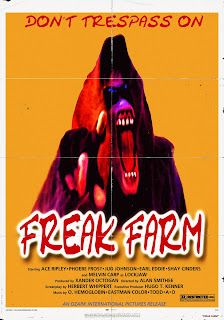 An earlier post reported on this occupation.  Here is an update.

Protesters occupying land in Albany used by UC Berkeley for agricultural research missed a weekend deadline to agree to a negotiated departure, but representatives said they would respond Monday.  University officials said they would consider more forceful measures after the group Occupy the Farm failed to respond to their proposal to end the encampment in exchange for discussions about using part of the 10-acre plot for urban farming.

…On April 22, about 200 activists broke a lock on a gate near Marin and San Pablo avenues and set up camp on the property known as the Gill Tract. The group planted carrot, broccoli and corn seedlings on part of the land as a protest against planned housing and commercial development nearby.

University officials claim the protesters have disrupted agricultural research by faculty scientists and students in the College of Natural Resources. At one point, Mogulof said, the squatters pruned some fruit trees on the property and explained to the dean of resources that they had to do it because the trees were diseased. Turns out the pruned branches were part of a research project on how diseases affect fruit trees, he said.  The university wants the land vacated by mid-May in order for certain agricultural research studies to be conducted.

The university's apparent decision to negotiate with the protesters and gradually increase the pressure on them falls in line with a new kinder, gentler approach to dealing with civil disobedience announced Friday by UC officials. A 121-page report, a response to the widely condemned pepper spraying of students at UC Davis and the beating of protesters at UC Berkeley, encourages administrators to respect civil disobedience, avoid blind adherence to regulations and to use force only as a last resort…


Note that the recent report following the pepper-spray incident – also the subject of a recent post – suggests mediation in such cases.  But exactly who might play that role in this situation with the occupy-gardeners is unclear.  Leonard Bernstein?