Maybe not so bad after all 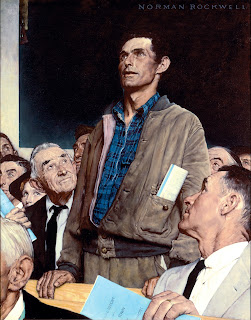 The conservative Daily Caller runs a piece that suggests that maybe UC-Berkeley isn't the anti-free-speech capital of academia it's made out to be:

...First, it’s worth knowing that students claim the majority of past violence has not come from students themselves, but rather radicals living in the city of Berkeley and Oakland. One student who was present for the Milo riots claimed the rioters were chanting “Down with the Oakland Police” before they remembered they were in Berkeley and changed their chant to “Down with the Berkeley Police.”


Second, while the left-wing students I spoke to admitted Berkeley is an overwhelmingly progressive campus and they are no fans of conservative speakers, they found the notion of participating in protests laughable. They claimed that the vast majority of students on campus are much too busy with work at one of the most rigorous universities in the nation to get involved with the school’s politics, let alone even be aware of every speaker coming to campus.
Third, UC Berkeley’s new chancellor, Carol T. Christ, has called for a “free speech year” on campus, advocated for the libertarian free speech views of John Stuart Mill, and stated “I believe very strongly in Ben Shapiro’s right to speak on campus.” The school worked collaboratively with us to set up Dennis Prager’s event this week...
Full story at http://dailycaller.com/2018/03/23/safe-space-capital-of-the-world-uc-berkeley/
Could this be the start of something?
Posted by California Policy Issues at 7:40 AM