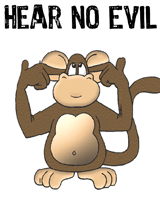 Treasury Secretary Steven Mnuchin asked the University of California, Los Angeles (UCLA) not to post a recording of a speaking engagement where students heckled him, The Wall Street Journal reported Wednesday.

Mnuchin visited UCLA on Monday to take part in a conversation about the economy at the school’s Burkle Center for International Relations. During the event, students booed and coughed, frequently interrupting him.

After the event, Mnuchin retracted his permission for the school to post video and audio of the event to the internet, a UCLA spokeswoman told The Wall Street Journal.

Marketplace.org posted a partial recording of the event, along with a transcript.*

Mnuchin reportedly addressed the hecklers multiple times during the speech, saying he typically speaks to “people who wanna listen to me speak.”

Mnuchin, who worked in the film industry before joining the Trump administration, fielded questions about the Republican tax-cut law passed late last year, economic sanctions on North Korea and other economic policies.

Source: http://thehill.com/homenews/administration/376113-mnuchin-asked-ucla-not-to-post-video-of-speech-where-he-was-heckled
===
The audio is below. You'll find, if you listen to the recording, that nothing terrible happened during the speech. There was some hissing, laughter, clapping. Apparently, maybe before the formal program began, there was a woman removed for creating a disturbance:
https://twitter.com/jacobwooch/status/968291251006013440
Another tweet shows a woman being removed, reportedly during the presentation:
https://twitter.com/abc7JoshHaskell/status/968290969442443264