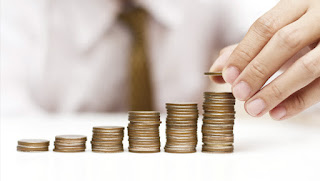 The state controller's report through February - eight months into the fiscal year - shows revenues for the general fund running ahead of the original budget forecast by $4.6 billion. However, as we have pointed out, some of this extra revenue may be the result of the Trump tax law which put a limit on the deduction for state and local taxes. As a result, there was an incentive to prepay property and personal income tax that would otherwise have been due in 2018 for tax year 2017. To do so required paying by Dec. 31, but some of that may have spilled over into receipts in January. Possibly. some taxpayers may have prepaid more than they may turn out to owe. Close to $3 billion of the $4.6 billion came from personal income tax receipts. In short, it may be hard to interpret the figures until we at least get past April, the big tax month.

The controller's report is at:
https://www.sco.ca.gov/Files-ARD/CASH/February%202018%20Statement%20of%20General%20Fund%20Cash%20Receipts%20and%20Disbursements.pdf
Posted by California Policy Issues at 2:57 PM