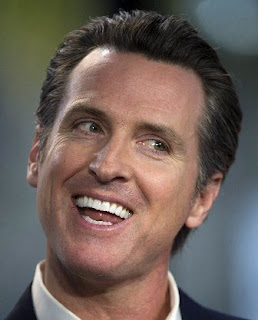 Lt. Gov. Gavin Newsom on plans for higher ed funding if he is elected governor:


Newsom also told EdSource that he wanted to see reforms in funding for the state’s college and university systems.

Brown in 2013 tried to institute a performance-based funding model, but the UC and CSU systems balked. Lawmakers scrapped the idea in the final budget

“I know the UC Regents, CSU and the Board of Governors do not like that,” Newsom said of tying funding to performance. “They criticized the governor for that. I disagree with them – we need to see reforms in these three systems, and the governor is right about advancing reforms. “The difference is … I would be a little bit more indulgent of encouraging those reforms with additional resources.”