Undecided: The News Media Seem Uncertain About the Impact of Tuition Hikes 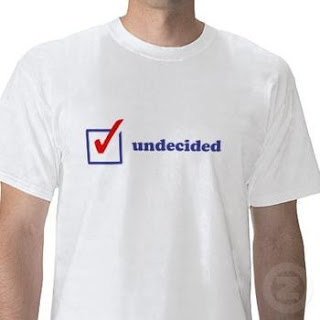 The media seem to be undecided as to how to play the impact of recent tuition hikes. They don't affect enrollment or they do affect enrollment. Below are two examples from today’s news items:

Early enrollment numbers seem immune to recent tuition hikes at California's public universities. The California State University system received more than 360,000 applications ahead of Tuesday's enrollment deadline for next fall, CSU spokesman Mike Uhlenkamp said.
The preliminary figures are inching closer to the 391,000 applications received by the CSU system for the 2009-10 school year, when tuition was significantly lower…

While UC's enrollment numbers will not be available until January, the flurry of incoming students is not a surprise to university officials. "UC schools are still among the best public universities, and still very desirable to students," UC spokesman Steve Montiel said. "Financial aid makes it accessible to those with family incomes below $100,000." …

Some middle-class families are feeling squeezed out of an affordable, high-quality college education as the state’s public universities keep raising tuition. “It’s frustrating. ... It’s not like our salaries are going up,” said Kaval Ali, 17, a senior at Foothill Technology High School in Ventura. Ali is applying to six UC campuses, where tuition will increase by 8 percent next school year, going to $11,124. Tuition at CSU campuses is up by 15 percent, bringing it to $4,484. Both systems had already raised fees 32 percent for this school year…

With tuition hikes coming regularly at UC and CSU campuses, more students are applying to private and out-of-state schools, counselors said. “They see the value ... is similar to a Cal State or a UC,” said Barbara Lubaczewski, a counselor at Moorpark High School. “Those schools also have separate pots of money.”

That’s why Ali is applying to six private schools, along with UC campuses, hoping financial aid and scholarships will make the cost comparable…