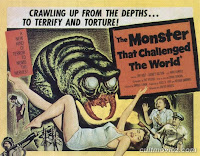 Inside Higher Ed points to this article today:

SANTA CRUZ - A significant movement has emerged among the University of California's academic student employees to not ratify the agreement reached by UC and union negotiators two weeks ago. On Nov. 16, after negotiating since June, representatives from UAW 2865, which represents over 12,000 teaching assistants, graduate student instructors, readers and tutors on UC campuses, reached a tentative agreement with UC on a new contract. Union members on various campuses who are unsatisfied with the terms of the agreement started to organize a "Vote No" campaign almost immediately. By Monday a web site dedicated to the campaign had logged over 700 pledges to vote no on the contract.

…For the three years covered, the tentative agreement includes a 2 percent minimum salary increase per year with a guarantee for additional increases if state funding to the UC system is restored to above 2007 levels. Additionally, the maximum amount for childcare reimbursements is raised from $900 to $2,400, and would be extended to include the summer term. The union also reached an agreement with UC to maintain remission - a program that reimburses the employees for their student fees - for in-state academic student employees whether or not the UC Board of Regents vote to change the name from "fees" to "tuition," and added a partial remission for nonresident tuition.

Five members of the UAW bargaining team, including both members from UC Santa Cruz and Berkeley, endorsed the decision to vote no and signed an open letter to the union members explaining their rationale. …Those against the agreement have argued that the 2 percent increase does not keep pace with the rise in the cost of living, and that even with the raise in child care reimbursements, the amount does not come close to covering the actual cost for such services…

Note to the dissenters from yours truly: