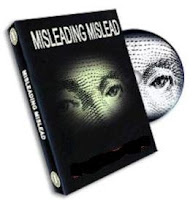 During tough budget negotiations, Steinberg said in a letter Thursday, "we provided more than $600 million in additional funding to backfill for cuts made in recent years while also funding for increased enrollment, class sections and vital student services."

"Consequently, I am deeply concerned about the recently adopted fee increased by CSU and UC and the impact they will on our students, their families and our economy," the letter said. "Passing more costs on to students and families threatens to price more Californians out of a quality higher education."

The UC regents on Thursday voted to hike tuition by 8 percent next year - on top of a 32 percent increase approved last year. The California State University board of trustees earlier this month voted to raise fees by 5 percent in January and 10 percent in the fall...

The full blog text is at http://blogs.sacbee.com/capitolalertlatest/2010/11/senate-leader-objects-in-lette.html

And the actual Steinberg letter is at http://blogs.sacbee.com/capitolalertlatest/Pro%20Tem%20Letter%20on%20Student%20Fee%20Increases.pdf

When you read the actual letter, you will see that it cannot be characterized as a "blast." Nor can being "deeply concerned" be taken as an objection to the specific tuition increase adopted by the Regents. A good part of the letter deals more generally with the state budget and Steinberg's objectives for the budget. The concluding paragraph of the letter contains the following sentence:

"I look to the leaders of UC and CSU, along with students, faculty, and other higher education stakeholders to partner with the Legislature and the new Governor on such a broad budget reform agenda in the coming months."

What we have here is an invitation from Steinberg for developing a real UC compact with the state, not the artificial Dynes-Schwarzenegger compact that never produced a penny for UC beyond what the University would have gotten. For that real compact to be put in place, there needs to be a process or forum in which top UC representatives, legislative and administrative leaders of the state, and others who have a stake in the outcome - certainly including faculty - hammer out a new relationship. And, by the way, the process can't be totally "transparent" when the nitty-gritty is discussed. Otherwise, all we will get is the kind of posturing featured in public comment sessions of the Regents.