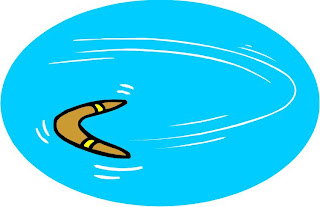 BERKELEY -- They sold the house, took their son out of day care, packed up all their belongings and left for a new life at the University of Texas. Then, a year later, Jennifer Johnson-Hanks and William Hanks turned around and came right back to UC Berkeley, a rare boomerang move for professors who leave a campus.

"We liked Austin, but it wasn't home," said Johnson-Hanks, a demographer and sociologist who was hired at UC Berkeley for her first teaching job in 2000. "I didn't know how much that would matter. It just turned out that it did matter a lot. I was homesick."

As with the Hanks, UC Berkeley's allure is a major selling point for university leaders who are constantly fighting off hiring attempts by competing universities. The Hanks -- she is 39, he is 58 -- represent something of the perfect faculty pair for Berkeley; Johnson-Hanks is establishing herself as a young star in her field, while her husband is well-established as an expert in Mayan culture and language.

The double-barreled hiring of the Hanks in 2009 had been considered something of a coup by Texas, which has made a point of targeting University of California faculty in the wake of recent budget cuts. A Texas committee has reviewed faculty rosters from UCLA and Berkeley within the past two weeks, said Mark Hayward, a University of Texas sociologist and director of the school's Population Research Center.

"Yes, we're looking at that as a fertile recruiting ground," said Hayward, who recruited Johnson-Hanks to Austin. "The long-term future of California is in doubt. We were actually looking at people in California specifically to recruit faculty who were looking at pay cuts." ...