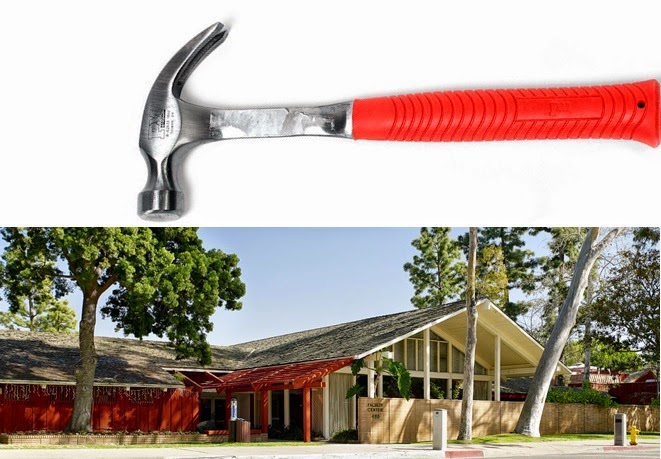 A letter from three members of the UCLA Faculty Center raises concerns about the Center's election procedures and its finances.  Yours truly has received a copy of the letter that is being sent to Claudia Mitchell-Kernan, the Center's president, and to the Board of Governors.  Behind the letter appear to be concerns that the future of the Center is threatened by its shaky budget situation and by possible designs on the Center emanating from a building just to its north.  There are also background issues about whether the Center building will be named a landmark structure, a naming that would make it difficult for someone with designs on the real estate beneath it to demolish the Center. Long-time readers of this blog will know that the UCLA Grand Hotel, now arising in the middle of the campus, was originally slated to replace the Faculty Center.  An outcry from faculty at the time prevented the demolition and take-over of the Center by folks in that building just to the north.  The Grand Hotel site was then relocated.

Below is the text of the letter which can also be found at http://issuu.com/danieljbmitchell/docs/rich_letter-nov14:

We are writing with concern about the recent elections held in August-September 2014.  As we are all aware, these elections were not held in accordance with the bylaws.  After careful reflection, we are registering our official protest of the election procedure, which was not consistent with the bylaws of our Association.

In addition, we are concerned that the ballot collection was managed by an office staff that is also formally evaluated by the Board.   This poses a clear conflict of interest.

We noted irregularities, in that Board candidates who failed to post any photograph or statement on the website nonetheless had the most votes, while highly visible persons such as the duly elected President of the Faculty Women’s club and the former FCA President failed to attain sufficient votes for election to the Board.   The mailed ballots also failed to contain self contained candidate statements, and were hastily prepared.   We note that many older members still do not use the website and therefore were voting without that information.  The ballot also failed to note offices currently or formerly held by candidates.  While professorial faculty were identified as such, research faculty had no titles.  Some (but not all) of us received an email with a proof of the ballot, but the procedure seemed rushed.  The election was held from August 15- September 15, a vacation period for a large fraction of academic faculty; academic term began more than a week after this period.

We feel that the practice delaying elections in order to recruit candidates is not a good practice, and we also feel that the members of the Nominating committee should be set early on, and include (as specified by the bylaws) the appropriate constitution of Board and non-Board members.  This is important because it prevents a potentially unhealthy pattern of insiders nominating insiders for office.

Another issue of concern has been our request for detailed information concerning the last three years of financial reserves for the Association; we would like to know the rate at which the Association is depleting its reserves.  We also felt marginalized by the Board leadership, and honestly, continue to have concerns about the collection and counting of the ballots.  We request that the Board of Governors agree to the following:

1.  Elections will henceforth be held in accordance with the bylaws, including the constitution of the membership of the nominating committee, which will be listed on the ballots.  The ballots will be self contained and include candidate statements as has been the case in the recent past.  We request that counting be overseen by members of the nominating committee, two of whom will not be members of the Board of Governors

2.  We request that the membership receive an annual written financial report; this can require membership login to the website, but it should be done.