Cornell Has a School of Hotel Management; Maybe We Could Use One 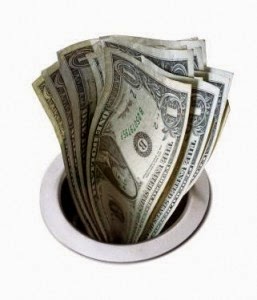 This blog has (frequently) questioned the business plan of the UCLA Grand Hotel and whether it will lose money, albeit hidden losses buried among other university enterprises.  Running such enterprises is not necessarily a skill universities innately have.  As an example, consider UC's attempt to run a conference center in Mexico City.  (Yes, that's Mexico City.  On the other hand, you can draw a straight line on a map from Oakland to Mexico City so it shouldn't be a problem to run, right?)


In April of this year, newly elected San Diego mayor Kevin Faulconer, councilman Todd Gloria, county supervisor Greg Cox, and a host of other California and Tijuana politicos and representatives of special interests — including energy giant Sempra — headed to Mexico City as part of what the San Diego Regional Chamber of Commerce billed as its "largest and high-level delegation ever" regarding cross-border trade. " ... "We visited one of the potential sites — Casa California — which is owned by the University of California. We learned about this great resource the state owns — but has been underutilized. At the Chamber, we will continue to work on building up support for this initiative."

Unmentioned was an audit of February 2014, to this day tightly held from the public by the university, highly critical of the way the university has managed the opulent facility, which has been the scene of parties and receptions for a host of private functions. The audit is listed on the website of the university's office of Ethics, Compliance and Audit Services with a release date of August 5. But unlike other audit reports, copies of which can be directly downloaded from the site, the Casa de California listing advises those seeking the document to request a copy via email.

Emails sent to the address drew no document. The university answered a California Public Records Act for the material on October 7 by saying, "the estimated date of production is eight weeks."  Obtained through another source, the audit portrays an operation out of control, located far from proper oversight by university officials...

The way the Casa has been handling its money also fell under scrutiny. "There are two bank accounts at Scotia Bank Mexico City associated with Casa de California — one in [U.S. dollars] and one in Mexican Pesos — and these accounts are under the sole custody of one individual. This arrangement presents significant fraud and operational risk to the University. The total balance in USD for these two bank accounts in December 2013 was approximately $190K."