Does this mean there is an expectation of ultimate eviction in the VA case? 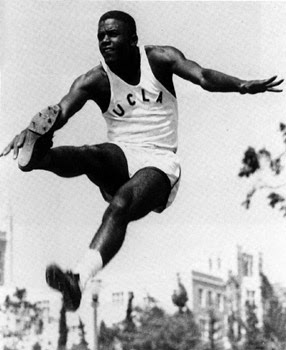 Jackie Robinson attended - but did not graduate from - UCLA and the baseball stadium on the VA Westwood property that UCLA uses is named after him.  As blog readers will know, there is a lawsuit to evict tenants of the VA property - including UCLA - on the grounds that their usage of the property does not benefit veterans.  Now UCLA plans to name facilities on campus after Robinson.  Does this suggest that the university expects to be evicted eventually from the VA property?

UCLA announced it is naming its athletic facilities after Jackie Robinson in honor of the 75th anniversary of his enrollment at the university. Robinson played football, basketball, baseball and competed in track and field at UCLA from 1939 to 1941. He became the first African American to play in the major leagues when he joined the Brooklyn Dodgers for the 1947 season...

Full story at http://www.latimes.com/sports/ucla/uclanow/la-sp-ucla-jackie-robinson-20141121-story.html
Posted by California Policy Issues at 4:43 AM