Show Me the Money: Public Attitudes Toward Campus Programs After Tuition Hikes 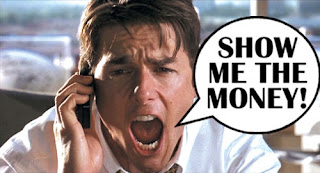 When tuition goes up, questions get asked about where exactly the money is going. Below is an example from our friends at Berkeley:

Even as financially strapped UC Berkeley is preparing to raise tuition 8 percent next fall, it has pledged to spend as much as $20 million in campus funds to help build a $96 million art museum. Just where $20 million will come from, however, remains unclear - with campus spokesman Dan Mogulof saying only that it will depend on what pot of money is available when the time comes. Mogulof insisted, however, that there will be "no tuition, no student registration fees and no state-allocated funds used."

…The problem is, the university has pledges for only about half the $96 million needed to build and furnish the new museum. And while UC Berkeley Vice Chancellor Frank Yeary insists the university has a robust fundraising effort in place, last spring he told the UC regents that the school was prepared to kick in as much as $20 million if donations came up short…

UC Berkeley finds $3 million to hire consultants to do the work of Chancellor Birgeneau, Provost Breslauer, Academic Senate Fiona Doyle. Students report budget cuts limiting classes and major selections are making it less worth the immense debt piled onto by UC Berkeley senior management.
The prolem is not in Sacramento. The problem is not the Board of Regents.
The problem is ineffective University of California Berkeley senior management leadership