A Little Help From Our Friends at Stanford 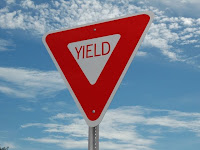 It seems likely that when the Regents meet for their special session in December, they will ultimately approve President Yudof's recommendations on pensions and retiree health. If you listen to the Regents session of the last two days (see the earlier postings on this blog), the presentation of those recommendations went off with little debate. Furthermore, it seems unlikely that Jerry Brown, when he becomes governor, or the legislature would override UC or put something on the ballot that would sweep UC into some statewide pension reform plan.

However, there is ongoing agitation in the state about the public pension issue. A group at Stanford, in particular, have kept up a drumbeat to lower the discount rates (assumed earnings rate) of public pension funds. Here is an excerpt/example from today's Capitol Alert:

The Stanford Institute for Economic Policy Research team, headed by former Democratic Assemblyman Joe Nation, applied the same standard to the local funds as it did to the state's three large systems - a risk-free "discount rate" of about 4 percent on future pension fund earnings.

All public funds now use rates that are nearly twice as large, but that understates future liability, say critics, who include outgoing Gov. Arnold Schwarzenegger. By using unrealistically high assumptions of future earnings, Schwarzenegger and other critics say, the funds are misleading employees and government policy makers about the future costs of pensions...

The full text is at http://blogs.sacbee.com/capitolalertlatest/2010/11/stanford-report-says-local-pen.html

The Stanford report is at http://siepr.stanford.edu/system/files/shared/people/homepage/Policy%20Brief%2012_2010%20v4.pdf

It is simple arithmetic to show that lowering the discount rate increases a liability. For example, if I promise you a dollar a year forever, and I can earn 7.5%/annum forever (the current assumed rate of earnings in the UC pension plan), I need to have $1/.075 = $13.33 to honor that promise. But if I assume I can earn only 4%/annum forever (the Stanford rate), I need to have $1/.04 = $25.

The Stanford rate is roughly the long-term yield on U.S. Treasury bonds, considered riskless. And the Stanford argument is that since public pensions are guaranteed, the appropriate discount rate for any unfunded liability should be similarly guaranteed, i.e., riskless. The difficulty with this argument is that while pensions are guaranteed by the government authority offering them, presumably that guarantee is no more solid than the yield on securities issued by that government. Currently, California state bonds are low-rated because of the evident problems with the state budget. Local government bond ratings vary but many are also in the tank.

A quick internet search suggests that long term California state bonds are yielding 5-6%, despite their tax-exempt status. Adjusting to put them in equivalent terms to long term Treasuries (which are not tax exempt), places them in the general vicinity of the 7.5% discount rate used by UC. Pension experts, in addition, note that historical experience over the long term - even including the 2008 financial debacle - suggests that pension portfolios earn significantly more than the risk-free Treasury rate.

However, the agitation to do something about public pensions - if someone has the money to put an initiative on the ballot - could lead to UC being swept into some general approach for all state and local entities in California. Those who would be likely to push such an initiative generally want a two-tier plan with the new, lower tier a defined-contribution plan. By definition, defined contribution cannot be underfunded since all that is promised is the annual contribution which the employee then invests and hopes for the best.

It would not be surprising if, at the December meeting, some Regents raise the issue of the 7.5% discount factor. Although short-term developments should not be determining, a financial disturbance between now and December could affect the outcome.

A little music for inquiring minds on the Regents who will be questioning the UC treasurer: