End of the Line for Anderson Self Sufficiency? 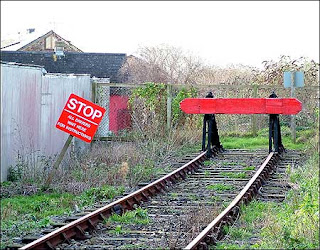 The LA Business Journal carries a report today on the Academic Senate's negative report on the Anderson plan for self sufficiency. (See earlier post on this topic.) Dean Olian characterizes the report as "misinterpretations." The report suggested a more detailed review was needed, which would delay the plan. On the other hand, Senate chair Ann Kargozian said the Senate ultimately "isn't closed" to self sufficiency.

One has a sense that underneath the debate, the Anderson plan is seen (feared?) by some as quasi-privatization that could spread to other schools or the larger UC system.

The UCLA Anderson School of Management’s plan to gain more autonomy and financial self-sufficiency is coming under fire from critics on campus. The executive board of UCLA’s Academic Senate recently voted unanimously against the plan. Board members did not want to approve the proposal in its current form, saying it needed wider consideration across the campus. The recommendation, if accepted by UCLA’s leadership, could stymie the graduate business school’s hope of phasing in the program starting in the 2011-12 academic year. Senate Chairwoman Ann Karagozian said committees that have reviewed Anderson’s proposal to forego state funding in exchange for greater autonomy want a campuswide task force to study the plan and suggest possible alternatives – a process expected to take between six and nine months…

A majority of Anderson’s faculty backs the proposal to eliminate public funding.

In response to the University of California system’s budget crisis, Anderson unveiled a plan in September that would give it greater power to raise its tuition and fees, which are much lower than many top private schools. The school would also launch increased fundraising to beef up its endowment. If authorized to begin the transition next year, annual tuition for full-time master’s students would increase gradually from its current $41,000 to about $53,000, including a $5,000 discount for California residents.

…In order to get greater autonomy, the school would stop accepting state funds. Currently, about 18 percent of Anderson’s $96 million budget comes from the state, with the rest covered by tuition and fees for degree and nondegree programs, plus some alumni and other private support. Still, if Anderson turned away the $17.9 million it currently receives from the state, it would only have to make up a $5.6 million shortfall. The school would keep $8 million in tuition and fees that now go to UC for reallocation back to the campuses. It also would be paid $4.3 million for administering UCLA’s undergraduate accounting minor. Anderson’s budgets and programs would continue to be subject to review by campus leadership.

The plan is contingent on the UC system continuing to send the current amount of state funds to the campus based on UCLA’s total student count. The university would channel the money not used by Anderson to cash-strapped undergraduate programs. …Critics of the plan fear that if Anderson revenue fell short of projections, there might be a financial risk to UCLA. They also are concerned that prospective Anderson students already are being priced out of attending the school.

“Retaining the differential between the privates and publics is a principle worth preserving for the citizens of the state who have already invested substantially,” Paul Davis, chairman of the UCLA Council on Research, said in a letter to the Academic Senate.

Anderson’s plan requires approval by UCLA Chancellor Gene Block. After that, it goes to University of California President Mark Yudof for his approval. Anderson Dean Judy Olian said the next step in the process is a review led by Provost Scott Waugh. She said she did not believe there was a need for the wider review that the Academic Senate recommended. “We certainly respect the senate’s opinion, and we’ll respond to some of the concerns that we feel are misinterpretations of what we are proposing,” said Olian…

“Could self-sufficiency ultimately be appropriate for Anderson or another school? The senate isn’t closed to that,” said Karagozian. “But a larger group needs to look at all the issues.”

Of course, coming to the end of the line does not necessarily stop the train:

Anonymous said...
This comment has been removed by a blog administrator.
December 9, 2010 at 1:26 PM