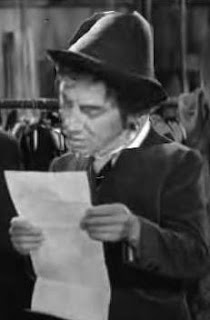 A special Regents session to deal with President Yudof's recommendations on revising UC retirement benefits has been scheduled for December. That there will be such a session has been known for a long time.

However, the December schedule (or any reference at all to the December meeting), mysteriously does not appear on the Regents official website, which (at this writing) continues to list the mid-November session as the last 2010 meeting. As earlier posts document, the mid-November meeting was when the retirement proposals were outlined - but not decided. December is to be the decision date.

Since the special December session is not listed on the website, it is unclear whether it is to be open or closed. Presumably, at least some of it must be open. Nor is it clear whether the audio will be live-streamed as other open sessions have been.

Since inquiring minds want to know, yours truly has sent an email inquiry:

Is there some reason the special December Regents meeting is not listed on the UCOP website as part of the schedule of the Regents? I believe it is Dec. 16th - is that correct? Will the audio be live-streamed?

Excerpt below from Regents agenda page as it appears on Nov. 27, 2010, 9 AM. Note that the agenda jumps from the November 16-18 session to the meetings in 2011. The meeting for December 2010 at which the decision on revising retirement benefits is to be made is not listed.

November 2 Committee on Investments by teleconference

The full agenda page is at http://www.universityofcalifornia.edu/regents/meetings.html

If and when I receive an answer to this mystery, I will provide an update on this page. In the meanwhile: