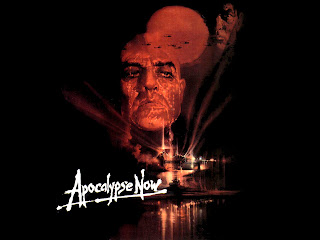 The Legislative Analyst has come out with his budget outlook. Guess what? It's a horror story. In rough terms, last year's budget (with all the trickery involved) was "balanced" in the sense of inflows = outflows. But it contained a legacy of past sin to the tune of about $6 billion. The budget recently enacted for this year is also roughly "balanced," but it also carries forward the $6 billion in past sins. So if that were the extent of the problem, we would probably do what Schwarzenegger did when he took office, i.e., finance the past sins by some kind of borrowing plan. The difference is that when Schwarzenegger took office, the economy and the budget outlook were improving. So if the past sins were dealt with, the future would take care of itself.

Incoming Gov. Brown has a different problem. He has past sins to deal with. But the budget outlook is deteriorating, not improving. Even if the economy slowly improves, a chunk of tax revenue that was approved on a temporary basis in Feb. 2009 goes away. Recall that voters declined to extend the temporary tax increases in May 2009.

Brown kept saying in the campaign that there would be no new taxes unless voters approved. The definition of "new" might provide some wiggle room since the temporary tax increases might be defined as "old." However, the 2/3 vote would apply, regardless of what you call them. And 2/3 is not on offer in the legislature.

So the idea of voters approving is what remains. Essentially, he could go back to voters with a repeat of what they rejected in May 2009. That is iffy, but they might respond to horror stories such as massive prison releases for fiscal reasons. (Charlie Manson? Sirhan Sirhan?)

Brown faced a major problem in 1978 when Prop 13 passed. But he had built up a very large reserve with the "frugality" he touted in the campaign plus a lot of inflation-based revenue that came in during the late 1970s. Needless to say, there is no such reserve now. In fact, as noted above, the reserve is in negative territory.

I would not expect the state to be kicking money into the UC pension plan any time soon. The LAO projects that the state will provide in nominal dollars roughly what UC gets this year. And while the report takes note of the fact that the state is not contributing to the pension, it assumes it will continue not to do so.

I would expect tuition to be going up. So does the LAO.

The LAO has a video presentation below:

"I would not expect the state to be kicking money into the UC pension plan any time soon."

I completely agree! Given the fiscal mess the State is in now, it's just wishful thinking to expect that the State will come up with any significant new money for UCRP in the immediately foreseeable future.

But nonetheless the University has officially committed to begin funding UCRP with 10% employer contributions by FY 2013, apparently based on the assumption that the State will resume it's UCRP funding.

So if the State doesn't pony up it's share by 2013, as seems highly likely, won't there need to be significant organizational consolidations and large-scale layoffs across UC?