Free Speech at Irvine (and Elsewhere) 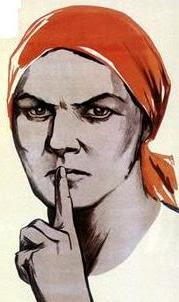 Inside Higher Ed today features an article about a legal case the right of public university faculty to criticize administrators. The case at hand arises from a complaint by a UC-Irvine professor who claims he was denied a merit increase after he made such criticisms. A lower court cited another local-origin case – this one arising from the LA County district attorney’s office (Garcetti v. Ceballos ultimately decided at the U.S. Supreme Court). In that case, an employee claimed retaliation for similar criticisms.

The UC-Irvine case was appealed to the Ninth Circuit which – while not ruling on the validity of the allegation – upheld the lower court solely on the issue of whether the administrators (including a dept. chair) could be sued. The lower court said the administrators had no such liability. It appears that the larger issue – freedom to criticize without retaliation – is still undecided. (No court has ruled on the validity of the allegation of retaliation; the decisions have gone only to the liability issue and the speech issue - with the latter still ambiguous.)

The Inside Higher Ed article, which has links to both the UC-Irvine and Garcetti cases, is at http://www.insidehighered.com/news/2010/11/15/hong