U of Virginia Implements Strategy of Faculty Raids 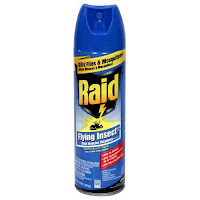 An article in today's Insider Higher Ed quotes U of Va. Dean Meredith Jung En-Woo of the College and Graduate School of Arts and Sciences: “What we wanted to do was take advantage of the very anemic environment that's out there, [luring] very good people that would be difficult to hire in other times,” she says.

At the outset of the economic crisis, many anticipated that the institutions that found resources could actually take advantage of the downturn. With extreme candor, Woo says that's exactly what Virginia did.

“The part of [the strategy] we think is wonderful is the ability to raid other institutions and get really good people,” she says.

And so, the Legacy of Distinction Fund was born. The $5 million pool, which the university expects to have raised by the end of December, will be used to hire about a dozen new professors over five years, each of whom is expected to replace an outgoing faculty member who has already declared an intention – in writing – to retire by a certain date. The overlap period of the new and retiring professor is expected to last three years.

There is more to Virginia's approach than mere opportunism. While Woo says the university is not locked into replacing one faculty member with another whose interests are identical, there is an expectation that the “legacy” hires will often have specializations similar to those of their predecessors, allowing them to enter into something of a mentoring relationship.

“The idea is predicated on the recruitment of top people actually being easier if we can nest it in the reputation of the person about to retire,” Woo says. “The [retiring] legend would be a pull – a real magnet – and this would be a nice kind of transition.”

Virginia is not alone in this strategy. Cornell University, for instance, is raising money for the Cornell Faculty Renewal Fund. The $100 million pool will be used to hire new faculty three to four years prior to the retirement of a senior professor.