Pension Promises and the UC Budget 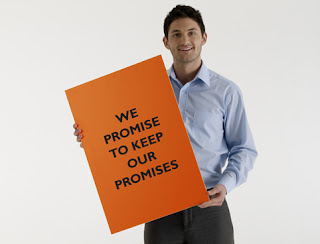 One of the issues facing UC is pension liabilities.  As we have noted in prior posts, although it may seem paradoxical, liability for the pension is a young person's issue.  Old folks tend to worry about whether they will get their promised UC pension when the issue is raised.  However, the actual issue is that because they and everyone else will get what is promised, the UC budget going forward has to meet the promise in future years.  Dollars that will go to the pension won't go to something else.

Although you may read about this or that jurisdiction that is attempting to undo past pension promises, the law doesn't allow it.  For example, in Calpensions.com today (at the moment, the piece seems to be misdated 5-13-13 but it was circulated today), we read:

One of the first local ballot measures aimed at cutting public pension costs, a cap on Pacific Grove payments to CalPERS approved by voters three years ago, was ruled unconstitutional by a Monterey County superior court judge last week. Judge Thomas Wills ruled Friday that Measure R violated the contract clause of the state constitution, reaffirming the view that pensions promised on the date of hire are a “vested right” that can’t be cut without providing a new benefit of equal value...

It is clear, therefore, that public jurisdictions (including UC) can't walk away from past obligations.  It is also clear that lesser promises can be made to new hires.  There is a fuzzy area about reducing the benefit formula going forward for incumbent employees.  UC has not gone down the fuzzy route.  The Regents did create a lower-tier pension plan for new hires in 2010 (which has yet to go into effect).

There are two key aspects to the pension issue for UC:

2) Administrators, particularly at the campus level, tend to take a short-run perspective.  As the employer contribution is scheduled to ramp up, they resist putting in the money since they won't be in charge when the consequences of underfunding occur.  The UC pension assumes a 7.5% return on investment.  So the liability for dollars not put in today grows at 7.5%. Borrowing at 7.5% in the current low-interest climate makes no sense - unless you think you won't be around in the long run to pay off the loan.  See our earlier post on this issue at http://uclafacultyassociation.blogspot.com/2013/05/ignorance-may-be-bliss-but-ignoring.html.

From the viewpoint of current younger faculty, therefore, particularly those who expect to make a career at UC, the pension issue is primarily a matter of the potential squeeze on the UC budget.  When the lower-tier goes into effect, younger faculty hired thereafter face the budget squeeze plus the reduced value of pension benefits.  Total compensation is the sum of salary plus value of benefits.  So in theory the lesser pension could be offset by more cash pay.  But the budget squeeze works against that solution.

We have made these points before but it is useful, from time to time, to make them again.