The Governor's Open (Electronic) Letter on His Tax Initiative 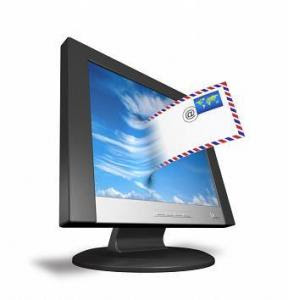 Governor Jerry Brown has sent out a mass email regarding plans - that have been reported in the news media - to file a tax initiative. The same message was posted on his official website.

The key word is "initiative" since - as last year's budget process indicated - he would be unlikely to get a two-thirds vote in the legislature to put the proposition on the ballot. He is planning to go the signature route, which means he has - or expects to have - the $1-$2 million needed to pay signature gathering firms.

The initiative would go on the November 2012 ballot. That ballot is likely to be crowded with other propositions. There was a recent report in the media that Brown persuaded some key unions not to support other tax initiatives. Folk wisdom has it that when there are lots of propositions, including competing propositions, voters tend to reject everything. The text is below in italics

Brown's letter indicates the revenue obtained would go for "education and public safety." Whether "education" includes higher education or UC remains to be seen. A quick look at the initiative's language suggests that the educational funding is for K-14 only. (A link to the initiative is at the bottom of this blog entry.) Conceivably, there could be some leakage to higher ed in the state's complicated fiscal system - perhaps just by taking some of the pressure off alternative funding for K-14.

Open Letter to the People of California

When I became Governor again -- 28 years after my last term ended in 1983 -- California was facing a $26.6 billion budget deficit. It was the result of years of failing to match spending with tax revenues as budget gimmicks instead of honest budgeting became the norm.

In January, I proposed a budget that combined deep cuts with a temporary extension of some existing taxes. It was a balanced approach that would have finally closed our budget gap.

I asked the legislature to enact this plan and to allow you, the people of California, to vote on it. I believed that you had the right to weigh in on this important choice: should we decently fund our schools or lower our taxes? I don’t know how you would have voted, but we will never know. The Republicans refused to provide the four votes needed to put this measure on the ballot.

Forced to act alone, Democrats went ahead and enacted massive cuts and the first honest on-time budget in a decade. But without the tax extensions, it was simply not possible to eliminate the state’s structural deficit.

The good news is that our financial condition is much better than a year ago. We cut the ongoing budget deficit by more than half, reduced the state’s workforce by about 5500 positions and cut unnecessary expenses like cell phones and state cars. We actually cut state expenses by over $10 billion. Spending is now at levels not seen since the seventies. Our state’s credit rating has moved from “negative” to “stable,” laying the foundation for job creation and a stronger economic recovery.

Unfortunately, the deep cuts we made came at a huge cost. Schools have been hurt and state funding for our universities has been reduced by 25%. Support for the elderly and the disabled has fallen to where it was in 1983. Our courts suffered debilitating reductions.

The stark truth is that without new tax revenues, we will have no other choice but to make deeper and more damaging cuts to schools, universities, public safety and our courts.

That is why I am filing today an initiative with the Attorney General’s office that would generate nearly $7 billion in dedicated funding to protect education and public safety. I am going directly to the voters because I don’t want to get bogged down in partisan gridlock as happened this year. The stakes are too high.

My proposal is straightforward and fair. It proposes a temporary tax increase on the wealthy, a modest and temporary increase in the sales tax, and guarantees that the new revenues be spent only on education. Here are the details:

This initiative will not solve all of our fiscal problems. But it will stop further cuts to education and public safety.

I ask you to join with me to get our state back on track.

The letter can be found on the governor's website at http://www.gov.ca.gov/news.php?id=17329

The text of the initiative is at http://ag.ca.gov/cms_attachments/initiatives/pdfs/i1035_11-0090.pdf

And then there is the initiative process:

Do you happen to know why he says that he is asking the CA Attorney General to act on this? how does that work? does the CA AG deal with initiatives?

All initiatives are submitted to the attorney general for review. The AG then prepares a title and summary. The LAO prepares a statement on the budget impact. At that point, the proponents are free to circulate the petition.

tx. thought that happened internally and then Sec of State did it.