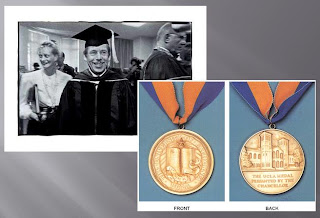 Václav Havel, the former dissident playwright and president of Czechoslovakia who died yesterday, visited UCLA on October 25, 1991 when the Czech and Slovak parts of Czechoslovakia were still somewhat united.  He received the UCLA Medal.  Oddly, the LA Times made little reference to the event – at least so it appears after a significant web search.  Apparently, Havel was originally supposed to come on April 18, 1991, according to an LA Times story the previous February:

However, it seems that the April date was postponed.  I found no reference to the actual visit in the LA Times, except for an after-the-fact op ed.  After Havel came in October, an Ayn Rand follower complained in an LA Times op ed that Havel’s Tanner lecture at UCLA was not in keeping with Rand’s view of the world.  Excerpt:

At UCLA on Oct. 25, Czechoslovakian President Vaclav Havel delivered the Tanner Lecture on Human Values. It was not a humane message.  Rather than extol economic freedom, productivity and private property, as he did elsewhere on his U.S. visit, Havel advocated a philosophy geared to destroy those very values: environmentalism…

Havel is not listed among those who ever delivered a Tanner lecture:

However, there may be an omission at that site of lectures that were not officially transcribed.  So what Havel actually said at UCLA remains a mystery.  If someone has more info, I will update.  I can tell you from personal eye-witness observation that the ceremony took place in Royce Hall.  I did find the picture above from Google images of Havel getting ready at UCLA for the event.
Posted by California Policy Issues at 10:18 AM