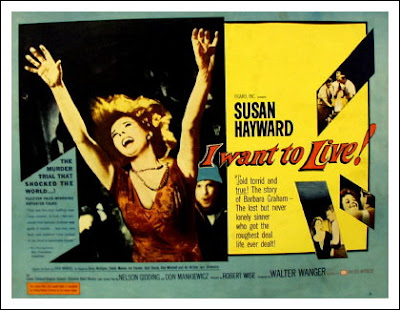 For those who have been following the state budget/redevelopment drama on this blog that unfolded after yesterday’s California Supreme Court ruling seemingly abolishing redevelopment agencies, below is an update, courtesy of the California Planning and Development Report (excerpts).  Our prior background posts are at:

Redevelopment Will Be Back -- But At What Price?

By Bill Fulton and Josh Stephens on 29 December 2011

The California Supreme Court killed redevelopment this morning, but that doesn’t mean it’s dead.  At first glance it would seem as though redevelopment agencies have no bargaining power at all. After all, it’s hard to imagine a weaker position than a state Supreme Court ruling saying you don’t exist.  But don’t forget the most important point about the redevelopment battle: It’s not about redevelopment. It’s about money. And if all sides in Sacramento can resolve the money issue, the legal status of redevelopment will be practically irrelevant. There is every reason to believe a deal will be struck. It's just not the deal that the California Redevelopment Association and League of Cities were hoping for when they filed suit four months ago…

Within hours of the ruling’s release on Thursday morning, both sides issued statements that could be considered conciliatory. Gov. Jerry Brown – who instigated the proposed elimination of redevelopment agencies in his budget last January – issued a one-sentence statement saying that the ruling “validates a key component of the state budget and guarantees more than a billion dollars of ongoing funding for schools and public safety.”

Brown doesn’t crow about the death of redevelopment. He doesn’t even mention redevelopment; nor does he stake a claim to all $6 billion in redevelopment funds. He simply says the ruling means $1 billion more for schools and courts – making it easier for him to cash in last week’s promise that schools will get more money in this fiscal year.

Meanwhile, the CRA and the League – which have taken a slash-and-burn rhetorical approach since Day 1 of this battle – also issued a statement containing calm-it-down language aimed at making a deal. CRA’s interim executive director, Jim Kennedy, said the organization looked forward to finding “ways to restore redevelopment while also providing the state budgetary relief in a manner that doesn’t violate Prop 22.” …

The League and the CRA immediately tipped their hand as to what the likely negotiating points will be – and how they will build up enough political support to force a solution in the Legislature. Many urban Democratic legislators are logical allies of redevelopment and seemed uncomfortable in the party-line attack on it last year – just as Republicans seemed uncomfortable supporting it.
The CRA board reportedly met via conference call this afternoon to discuss their strategy. CRA had already indicated that it would use at least two tactics to build support: First, use the powerful affordable housing lobby as much as possible; and, second, resubmit their proposal from last year, which would permit voluntary payments to school districts in exchange for extended life of project areas.

It was not immediately clear on Thursday afternoon what Brown and legislature leaders will seek to extract as a price. But one thing is clear: Time is on the state’s side.

Here is the official statement of the lobbying groups mentioned above: http://protectourlocaleconomy.com/node/92

So what does all of this mean for UC and its budget.  Nothing immediately.  But note that the revenue that was at stake from redevelopment for the state comes to about 70% of what the state gives to UC.  Had the state lost the case, UC might have suffered in the next fiscal year.  With negotiating strength now on the state’s side – as the excerpt above indicates – it is likely that the state will extract at least what it had expected from the redevelopment agencies when this year’s budget deal was reached – and maybe more.  On balance, from the UC perspective anything that enhances state revenue is a Good Thing.  So the outcome is likely to be a Good Thing at least marginally.

Meanwhile, the position of the redevelopment agencies can be seen below:

If the legislature agrees to some new deal and the redevelopment agencies don't challenge it, there may be no one else with legal standing to take the issue to court. Just a thought from a non-lawyer.

http://bayshorechryslerjeep.com/#2mg how many alprazolam 0.5mg to get high - xanax 90