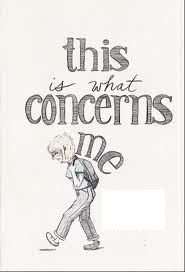 The trade association representing hotels on LA's Westside have been voicing concerns from the beginning about the proposed UCLA hotel/conference center. Yesterday, the association put its concerns in writing (fax actually). Obviously, the hotels are worried about loss of business from a publicly-financed hotel. They note the loss of tax receipts to the City of LA (and cc: local city councilman Paul Koretz).

As this blog has repeatedly noted, there is no available business plan for the revised hotel/conference center plan. The hotel owners point to this absence.

The UCLA Faculty Assn. has submitted a Public Documents Act request for the plan. So far, no plan has been produced - which likely means there isn't one, or at least there isn't a plan that's ready for prime time. As earlier blog posts have noted, the campus architect said at the scoping meeting on the hotel that the images shown on the website for the proposal are "conceptual," not actual.

You can read the hotel owners' letter/fax of concerns at:
Open publication - Free publishing - More hotel
Posted by California Policy Issues at 2:57 PM

just another example of the university's raping of westwood commerce.

Of course that a hotel that is partially or completely financed with public resources will have an advantage compared to the others. I was explained all that when I was in a hotel in buenos aires where the employees were super friendly and open to talk to the guests and they would detail how bad it was that those hotels supported by the government existed.
Kim