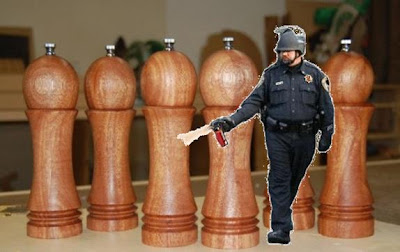 As previously announced, the task force will be headed by former California Supreme Court Justice Cruz Reynoso, a professor emeritus at the UC Davis School of Law.

Most task force members are affiliated with UC Davis and were nominated by relevant campus organizations.

Yudof commissioned the task force as part of a response to a request from UC Davis Chancellor Linda P.B. Katehi that the UC Office of the President investigate the incident, in which campus demonstrators were pepper-sprayed by campus police.

Two officers and the campus chief of police have been placed on administrative leave in the wake of the incident.

"My intent in forming this task force is to allow the UC Davis community to take a fair and uncompromising look at what happened on Nov. 18," Yudof said, "and also to make any recommendations it deems appropriate in light of its independent review of the facts."

The work of the task force will begin upon delivery of a fact-finding report of the incident that is being developed by outside investigators from Kroll Consulting, a firm internationally renowned for its expertise in police procedures.

The Kroll report is expected to be delivered to Yudof, Katehi and the task force in early January at the latest.

The task force will review the findings and, based on available information, assign responsibility for the events of Nov. 18.

Yudof said the task force also is expected to make "recommendations to me and to Chancellor Katehi regarding improvements to police procedures, command protocols and campus policies and oversight structures that will help ensure that the rights and safety of nonviolent protestors and the entire campus community are protected."

In addition to Justice Reynoso, Yudof identified members of the task force as follows:

· Penny Herbert, manager, Department of Clinical Operations, UC Davis, and staff advisor to the UC Board of Regents.