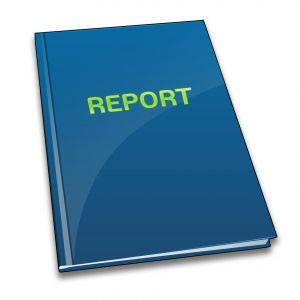 The UCLA Faculty Association has submitted a report to the members of the legislative committee studying the governor's proposals for public pensions. (See an earlier blog post.) The cover letter to the committee members is reproduced below. Below that is a link to the report which details the history of the UC pension system.
=====
To: Members of the Conference Committee on Public Employee Pensions AB 340/SB 827

From: Faculty Association at UCLA

On behalf of the Faculty Association at UCLA, an independent association of Academic Senate Faculty on this campus established in 1973, we would like to draw your attention to a chapter entitled “Public Pension Funding: The Unique Case of the University of California.” This chapter will appear in California Policy Options 2012. Background material for the chapter appears in several parts on the UCLA Faculty Association website at www.uclafaculty.org

The attached document provides important information about the creation, history, funding, and current condition of the University of California Retirement Plan, UCRP.

2 The UC Regents have already made changes to UCRP in the form of a lower-tier plan for new hires that, when they take effect, will result in significant cost savings in the future.

4 Since the Regents have only two sources of funding - state appropriations and tuition - for plan contributions, continued lack of state support puts upward pressure on tuition.

The chapter documents the historical development of the UC plan in the early 1960s, noting that the Regents developed the plan in consultation with the legislature and with the understanding that state contributions would cover state-supported employees, as they had in prior pension programs at UC. The legislature provided such contributions from the plan's inception until 1990, when it became overfunded. When the overfunding ceased, however, state contributions did not resume.

The Faculty Association believes that the Regents' modifications to the UC pension system adequately address the funding problems. The Regents' modifications were developed with due consideration of the personnel and recruitment needs of the University, including its faculty. We do not believe UC's pension should be included in the proposed changes in state and local plans, whether proposed by the governor or by others. The UC plan already includes features of the governor's proposal such as ways to prevent "spiking" of pensions.

We ask that the legislature consider the history of the UC pension system and that it not sweep UC into a statewide program that does not meet the needs of the University.

The report - which will appear as a forthcoming chapter in California Policy Options 2012 - can be read at: