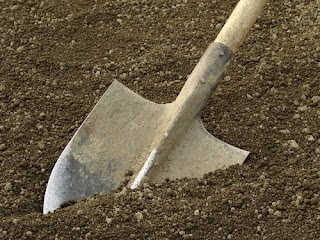 Last September, UC President Yudof proposed to the Regents a multiyear tuition increase plan. The Regents argued among themselves and nothing was adopted. Today's San Francisco Chronicle, in a report on how higher ed is dealing with the trigger cuts (see earlier blog posts), has a buried lede*:

UC will offset the $100 million cut with money it over-contributed for health care, a pool of excess cash that happens to be just above $100 million, UC spokesman Steve Montiel said.

"It's a temporary solution," Montiel said, adding that UC is in talks with the state Department of Finance to try to work out a multiyear agreement in which the state would stop cutting the universities' budgets every year in exchange for a steady, predictable schedule of tuition increases.

Such "compacts" have been tried before, but have blown up in the face of persistent budget shortfalls.

(idiomatic, US, journalism) To begin a story with details of secondary importance to the reader while postponing more essential points or facts. From http://en.wiktionary.org/wiki/bury_the_lede