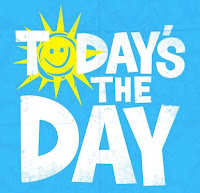 From the San Jose Mercury-News: The California Supreme Court will issue a long-awaited ruling Thursday on the legality of the state's move to grab $1.7 billion in redevelopment money to help close California's budget shortfall -- a move that rocked cities around the Bay Area and across the state.

The ruling, expected at 10 a.m., should give critical guidance on two state laws: one that dissolves redevelopment agencies and redirects their property tax revenues to the state, and a second that allows agencies to stay afloat if they agree to relinquish a large portion of their funding, which will be used to pay for schools…

What is this issue all about?  In November 2010, voters passed Prop 22 which was intended to prevent the state from grabbing pieces of local budget revenue.  Among the supporters of Prop 22 were local redevelopment agencies.  These agencies – set up by local governments – are intended to do what their name suggests, i.e., promote redevelopment of “blighted” areas.  They are in part funded through (property) tax increment financing.  As the property values of the redeveloped areas rise (because of the renewal), the added tax revenue goes to the agency.  Other local governments – such as school districts – don’t get it.

Because state and local budgets are intertwined, the diversion of property tax indirectly pulls money from the state which has obligations to the schools under Prop 98 of 1988.  Governor Brown, in putting forth his current year budget (2011-12), proposed to get around Prop 22 by abolishing redevelopment agencies entirely.  If they did not exist, you could not take money away from them, so the reasoning seemed to go.  It is not clear that the state Supreme Court will see it that way.  In any event, as the budget progressed through the legislature – and the local agencies screamed – a compromise was reached whereby the agencies could continue to exist, but only if they paid tribute to the state.  They have mostly done so under protest.

All of this matters to UC because if the state’s attempt to take money from redevelopment agencies is ruled to be a violation of Prop 22, another $1.7 billion will have disappeared from the current year budget.  If that happens, the governor will likely propose to make it up in next year’s budget.  That budget will be announced in early January, although the governor has been leaking bits and pieces of it in recent days (as is the tradition).

Full story from the Mercury-News is at http://www.mercurynews.com/california-budget/ci_19632057

The court proceeding should go off on schedule - but you never know: