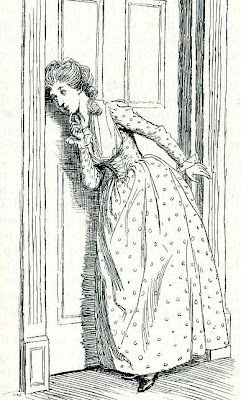 The text below in italics is from UC President Yudof’s Facebook page. As noted in a prior post on this blog, there are hints of a multiyear-tuition-increase/steady-budget-support-from-the-state being discussed behind closed doors with Brown administration officials. See the bold print below.

We are extremely disappointed that UC is faced with yet another significant State budget reduction: the $100 million “trigger cut” just announced. This additional cut will exacerbate the fiscal challenges the University faces in the current year and place additional stress on the quality of education provided to UC students. While the $650 million cut to UC enacted by the State last June resulted in additional tuition hikes for our students, let me assure you there are no 2011-12 mid-year tuition increases planned.

Over the past several years, cuts to higher education by the Governor and the Legislature have had a severe impact on students, their families, faculty and staff. The University has consistently objected to additional mid-year cuts, and while we certainly understand the ongoing fiscal challenges the State faces, we are requesting that this latest reduction be considered a one-time cut to UC’s budget and not made a permanent reduction. We will ask to have this funding restored to UC at the beginning of the next fiscal year (July 1, 2012).

In the current economic environment, marked by a huge State deficit and a limited revenue stream, we recognize that the Governor is in the eye of a “perfect storm.”

As we draw closer to the 2012-13 State budget release in January, however, we are asking the Governor to refrain from any additional cuts to higher education. Faculty and staff have sacrificed, and our students in particular have given more than their fair share.

Moreover, as we move forward, we will continue to work closely with State officials to develop a long-term revenue plan that will give the University much-needed financial stability.

This has been a challenging year for the University of California. I understand the concerns that many in the UC community have voiced over the recent incidents surrounding student protests on some of our campuses. I assure you that a thorough review of these incidents is in progress. I am making every effort possible to protect our long-held traditions of free speech and peaceful protests. During these difficult times, I ask you not to lose sight of our common goals—to make public higher education a priority and to keep a UC education accessible and affordable for Californians.

Thank you for your continued support for the University of California and best wishes for a happy holiday season.

One problem with this strategy is that a handshake deal between the UC president and the governor on a "compact" reached behind closed doors did not work out well under Schwarzenegger. The governor cannot appropriate funds; only the legislature can. To make such a deal work, there needs to be wider participation including the legislature, the Legislative Analyst, major interest groups, etc.

It would be nice to know what is going on behind the door:

Our earlier post on this subject is at http://uclafacultyassociation.blogspot.com/2011/12/buried-lede-uc-reviving-multiyear.html